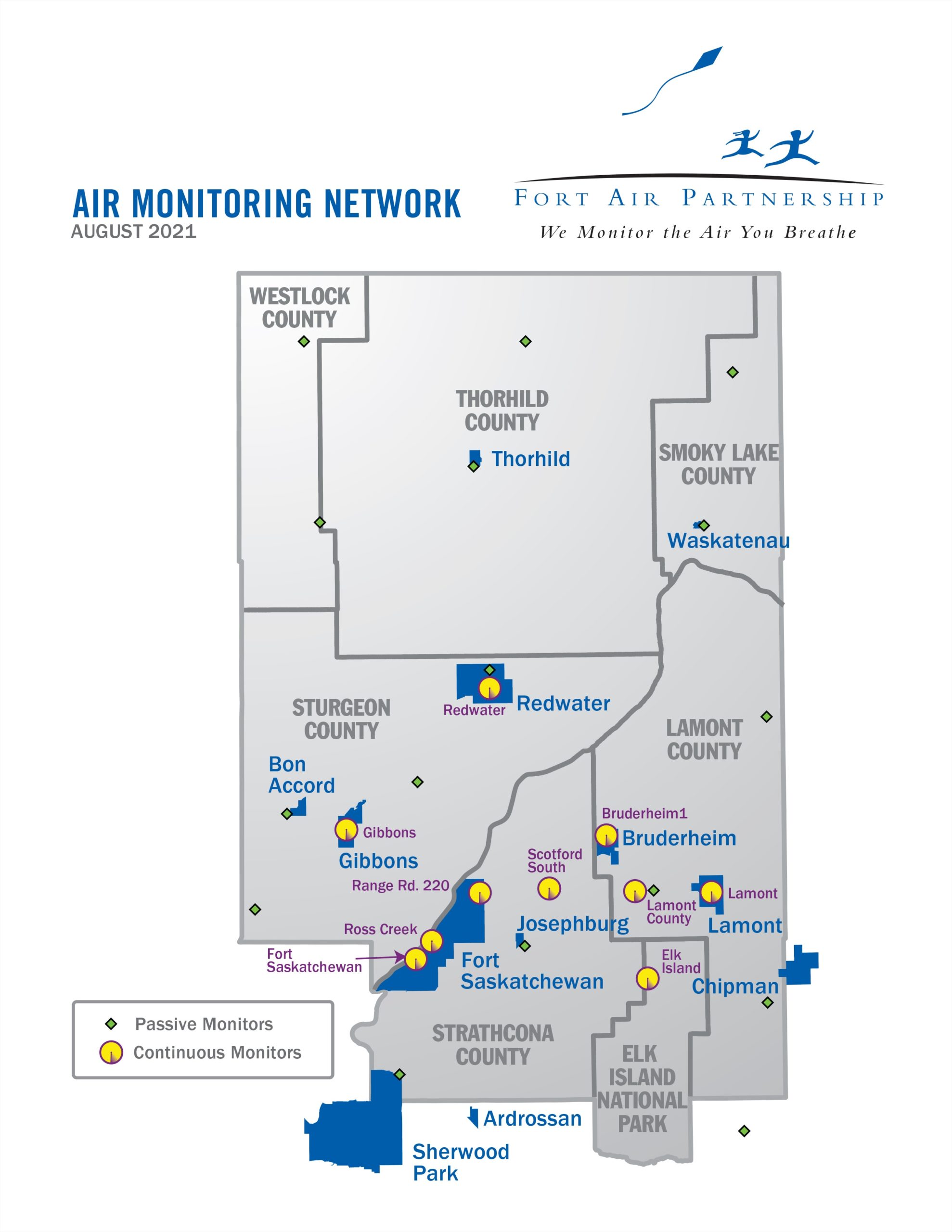 Fort Air Partnership was established in 1997 as a community-driven organization that would provide credible information on air quality to the community. The Airshed boundaries were established in 1999 based on the following considerations:

FAP reached a significant milestone in 2000 when we were officially recognized as one of Alberta’s 10 Airsheds. In 2003, we began reporting air quality data from a collection of monitoring stations that had been independently operated by industry.

In 2010, Fort Air Partnership redefined its air monitoring objectives to support the regional approach to monitoring adopted in Alberta. A comprehensive third party network assessment was done to determine how best to meet these objectives.

In 2013, the FAP Board approved a new regional network air monitoring plan that has changed the way air quality is being monitored within the Airshed. The changes are resulting in a better understanding of the impact of all emission sources on air quality, not just those that are regulated. A regional air monitoring network offers stakeholders more benefits and responds better to community, government and industry needs.