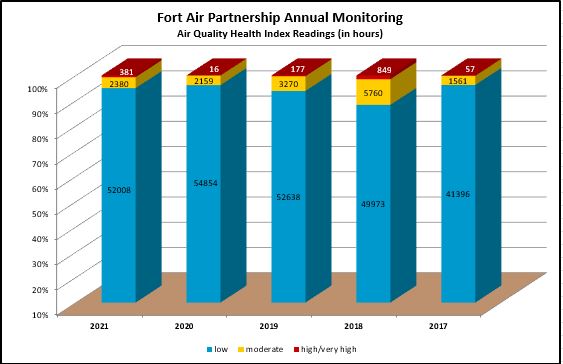 In 2021, there were 473 occurrences across FAP’s ten monitoring stations where air quality measurements exceeded Alberta’s Ambient Air Quality Objectives. This is compared to 33 exceedances in 2020. 94% of the exceedances that occurred in 2021 were due to increased levels of fine particulate matter from wildfire smoke.

Our 2021 air quality monitoring statistics include a five-year summary of exceedances.