Our portable continuous air monitoring station has moved to the Town of Lamont. It began reporting data in early August. The portable station was previously located in Sturgeon County.

The Town of Lamont was selected as the next site for the portable station as it is the largest populated area remaining in the FAP Airshed with no current continuous air monitoring station. The station is located at the town’s tennis courts  behind the recreation centre at 4848-49 Street, near secondary Highway 831. 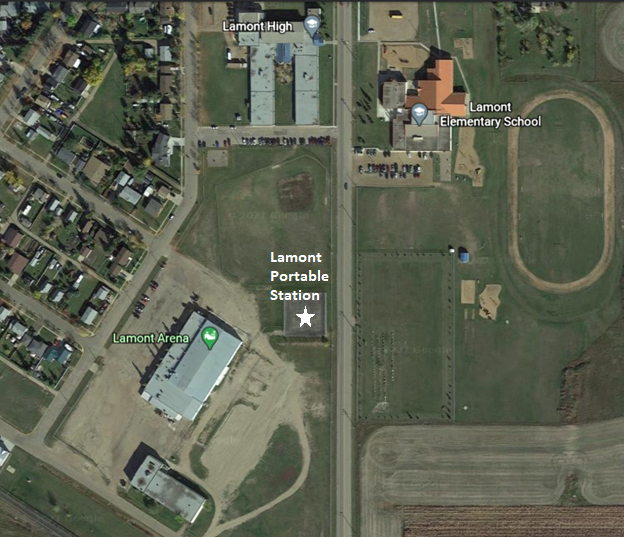 Data analysis at the portable station will include comparisons to data generated by our other community stations, as well as the existing Lamont County continuous air monitoring station, located seven kilometres from the Town of Lamont. The station will operate in Lamont for at least one year.