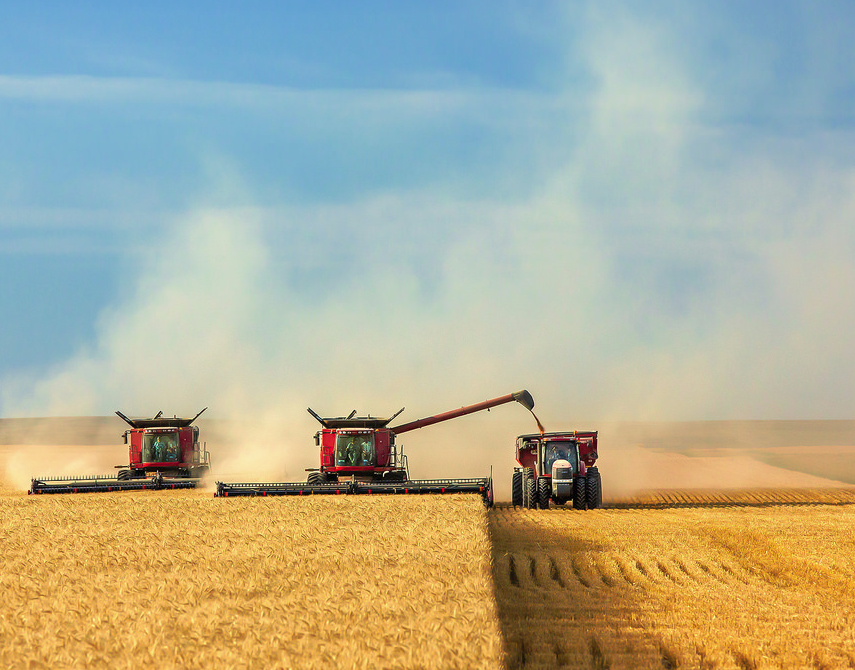 Air quality in Alberta’s Industrial Heartland can be affected by many natural and anthropogenic (human-made) emission sources. One of these sources is agriculture, both from livestock operations and crop production. With fall quickly approaching, harvest activity in fields throughout the region will become a common sight.

Clouds of dust are telltale signs that farmers in combines, tractors, trucks and other equipment are hard at work reaping what they sowed several months ago. It’s natural to wonder what dust generated by harvest activity does to air quality.

Airborne grain dust is a complex mixture of organic material fragments from grain, plus mineral matter from soil, and possibly insect, fungal or bacterial contamination. It mainly manifests itself as particulate matter (PM), which is organic and inorganic particles suspended in the air. PM2.5, about 30 times smaller in diameter than a human hair, can lead to health complications if concentrations are high.

In our local Airshed, there have been only a few recorded cases since the Airshed was formed more than 20 years ago where harvest dust was the attributed cause of concentrated particulate matter in the air that exceeded provincial standards.

A 2012 study by Scottish researchers noted that technology and evolved farming practices have reduced the level of inhalable grain dust significantly in Great Britain since the 1990s. While there are no directly comparable North American studies, the British experience shows that changes over time in farming practices and technologies have been effective in reducing dust concentrations and dust exposure, particularly amongst those directly engaged in harvesting activities.