Fort Air Partnership has partnered with other Airsheds in Alberta to discourage needless idling of vehicles in the winter. You can help reduce the impacts of cold vehicle starts and reduce idling by using a block heater. At -20°C, block heaters can improve overall fuel economy by as much as 10 percent. For a single short trip at -25°C your fuel savings could be as much as 25 percent. 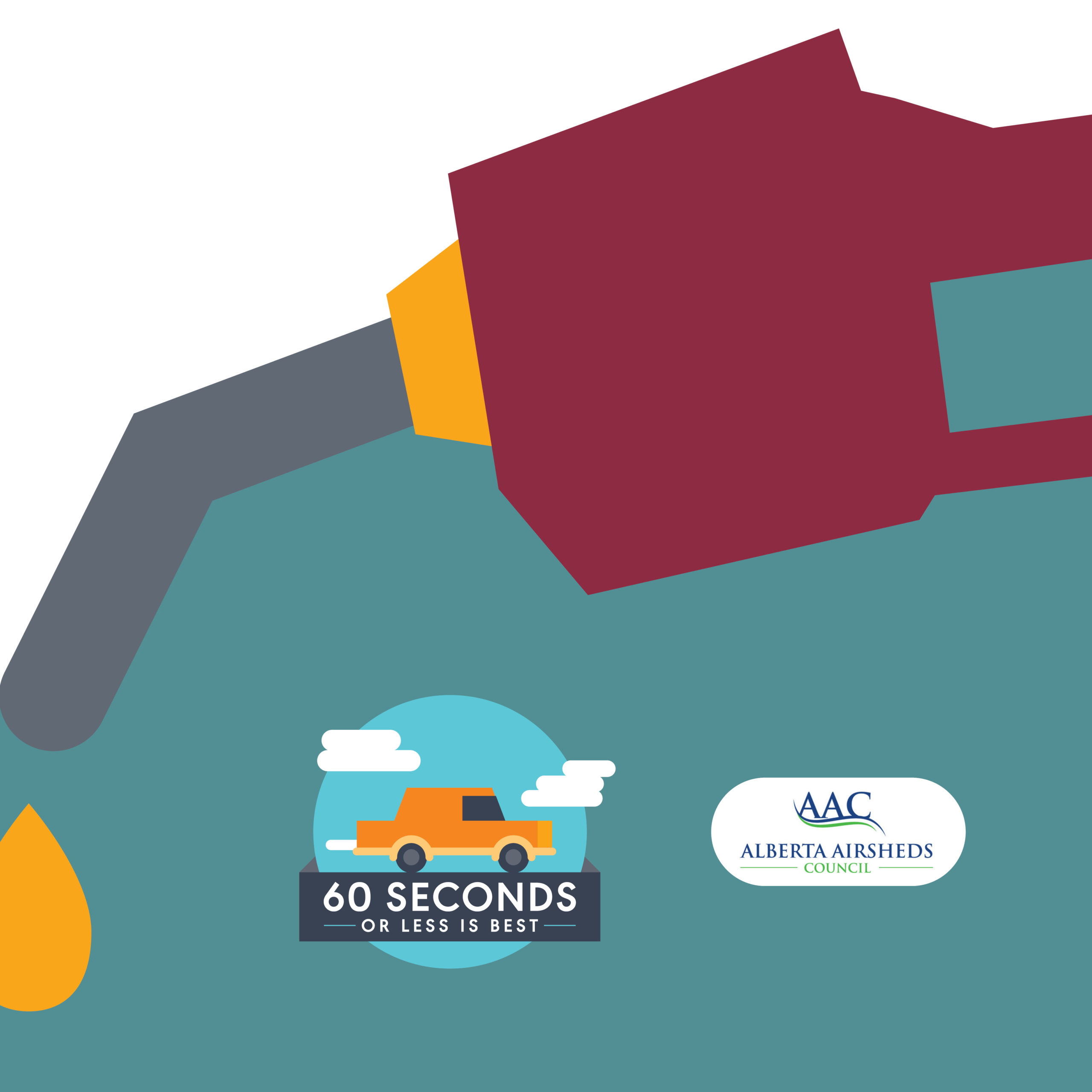 Did you know idling your car for 10 seconds wastes more fuel than restarting a vehicle? Try to reduce idling by driving your vehicle to warm it up, rather than idling the engine. Usually no more than 2 to 3 minutes of idling is needed, even on cold winter days! Just like a hockey player getting ready for a game, cars warm up better when moving. Avoid needless idling and keep the air clean!

Have you checked your tires lately? Keep your vehicle tires inflated to the recommended pressure and remember in cold temperatures it’s common for tires to lose pressure. Tire pressure is best checked when the tire is cold. Proper tire inflation increases fuel efficiency and reduces tire wear, saving you money!

Fort Air Partnership is encouraging local drivers to not idle their vehicle if parked for more than 60 seconds once the vehicle is warm. Learn more about keeping the air healthy, saving fuel and money, and driving smarter with free downloadable resources on the Alberta Airsheds Council’s Website.

The decision follows a one-year-long monitoring project in the Town that collected data from a portable air monitoring station between August 2021 and August 2022.

The data analysis shows that substance measurements between the two sites are comparable. The new Town location better enables FAP to meet a key monitoring objective, which is to conduct air monitoring where people live. The Town of Lamont was the largest population centre in the FAP Airshed with no continuous monitoring station.

The new location also improves overall regional air monitoring. The Town site is nearer to the eastern border of the Airshed and better situated to provide information on air quality leaving the Airshed when winds blow in from the western quadrants.

The current County station is approximately six kilometres west of the Town on a farmland site. The site was selected in 2003 in response to modelling indicating this area may experience higher measurements of sulphur dioxide (SO2). However, the data assessment shows there have been no exceedances of provincial SO2 objectives since the station was established.

The new station will monitor and collect data for the same parameters as the previous Lamont County station and continue to provide the data required to calculate a daily Air Quality Health Index (AQHI) and forecast.

FAP would like to thank the Town of Lamont for their support in securing a permanent site for the station, as well as the landowner of the Lamont County site for accommodating a monitoring station on your property for the last 19 years.

The Provincial Government, as a member of the Fort Air Partnership, approved the relocation.

A comparison of the monthly averages shows that measurements are comparable between the two sites: